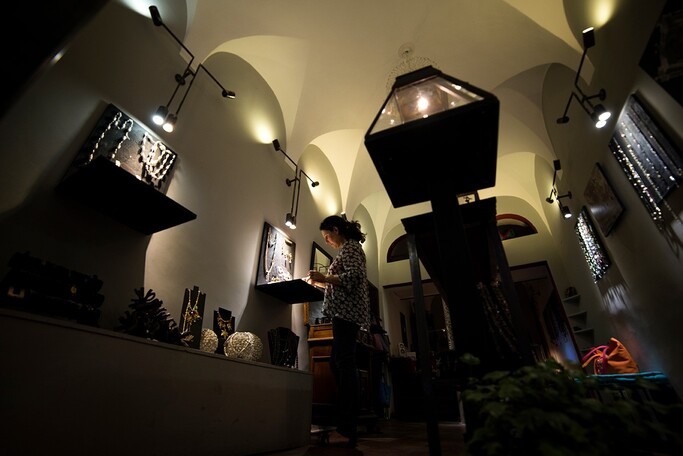 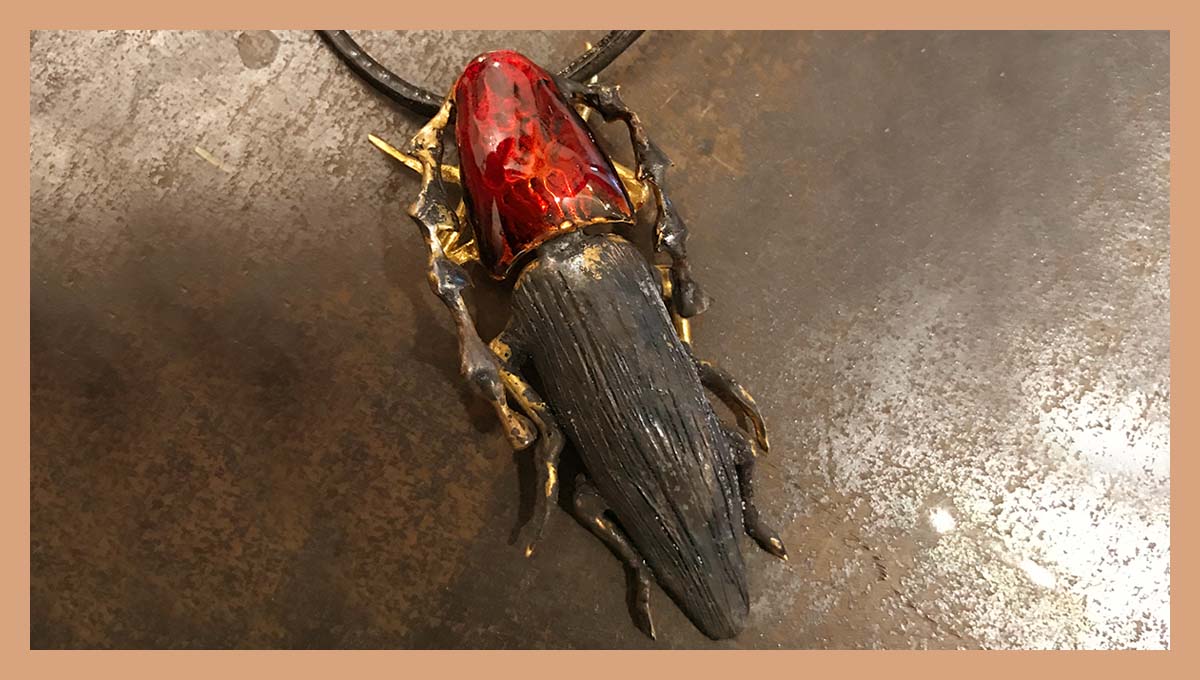 An artistic pendant enclosing the immense joy of a dream come true.

It’s near evening when a mother and son come into the workshop. The young man has just fulfilled his dream: founding an association for the defense and scientific research of rare insects. I’m instantly intrigued by his story, since I’ve never heard about the Elaterids. These insects are similar to scarab beetles, with a black body and a red head.

The young man’s request is clear: he wants a pendant with the shape of an elateridae, to remember the contentment of having achieved such a great personal and professional goal.

“The pendant representing the favorite insect is a burnished gold enameled microsculpture.”

I start working, thinking about the perfect geometric shape of the insect. I don’t spend too much time sketching, because the wax is asking me to be molded. I think about the delicacy of the wings, the clean line of the head and the peculiar oval shape of the body. I mold the wax with my hands and use a small chisel to create grooves and grains. These are the details which give substance to the microsculpture.

I choose gold, to convey to the jewel the mystic preciousness of ancient Egyptian Scarab pendants. After all, this piece is a sort of amulet. As a final touch, I use acids to burnish the metal and I add the colors of fine enamels to the pendant.

“His eyes are filled with happiness: it’s the promise of a new beginning.”

The pendant is a surprise for the young man: he didn’t expect such an accurate reproduction of the insect. It’s always a great emotion to attend the opening of the small packet which, like a casket, discloses the jewel before the eyes of the one who has been waiting for it with trepidation. This time, the eyes of the young man are filled with the joy of owning a jewel that tells the story of a new beginning and a promising future: his. 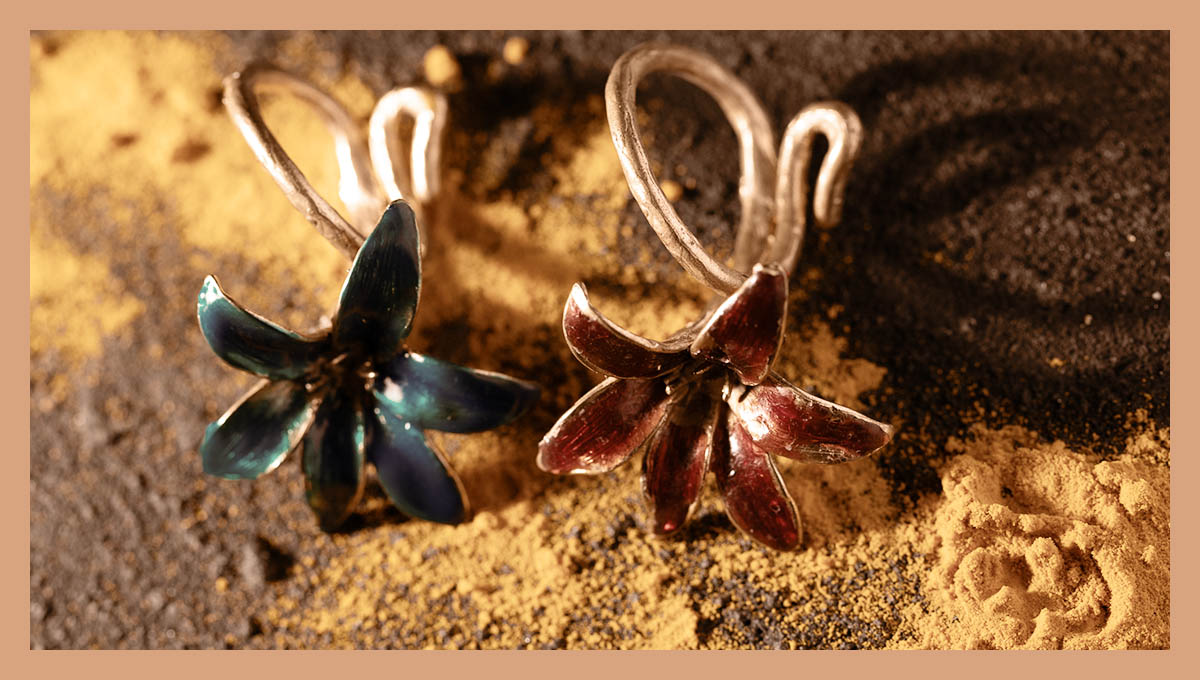 Silvia and the tuberose jewels 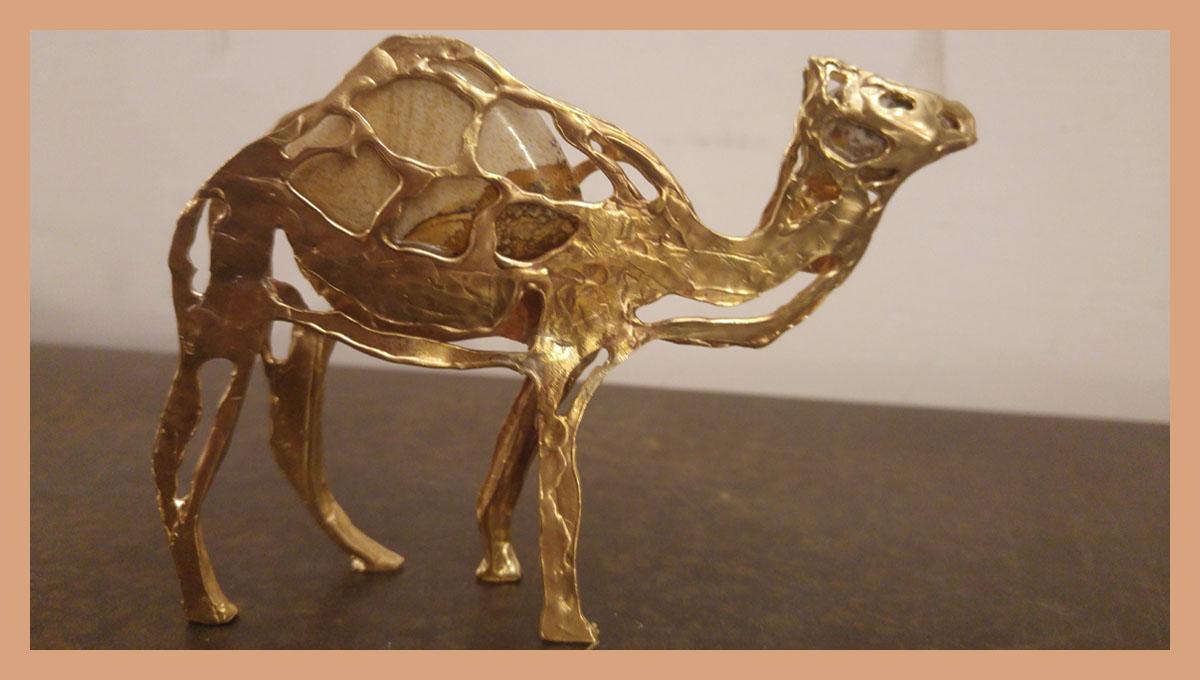